The legal guidance you need
Reach out today 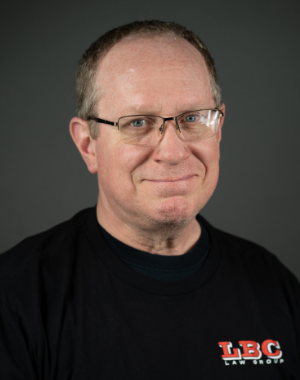 Since the fall of 1989, Dean Gronemeier has served the University of Nevada, Las Vegas in the capacities of Director of Percussion Studies, Associate Dean of the College of Fine Arts, and Professor of Percussion Studies. Dean acted as the committee chair for designing and implementing a new Master of Marimba degree at UNICACH in Tuxtla Gutierrez, Chiapas, in Mexico. He also served for two years as a member of the percussion faculty at UNAM (La Universidad Nacional Autonoma de México) in Mexico City.

In addition to being a percussion educator, Gronemeier is an active clinician for the Yamaha Corporation of America, SABIAN Cymbals, Grover Enterprises, and Mike Balter Mallets. He has soloed extensively throughout the United States and Mexico, as well as making appearances as a soloist in England, France, Switzerland, Austria, Germany, Australia, and Chile.

Dr. Gronemeier received his Doctor of Musical Arts degree and his Masters of Music degree from The University of Arizona where he studied with Gary Cook. He received his Bachelor of Music degree from Northern Illinois University where he studied with Rich Holly, Robert Chappell, and Al O'Connor. Dean Gronemeier performs exclusively on a Yamaha 4900 Cadenza marimba, SABIAN cymbals, and the Shadow Series mallets by Mike Balter.

In December of 2001, Dr. Gronemeier received his Juris Doctorate degree from the William S. Boyd School of Law as a member of its inaugural class. He holds a license to practice law in the state of Nevada and in all federal courts. He has been a practicing Nevada attorney since 2002 and has spent the majority of his time representing persons accused of committing a crime. Dr. Gronemeier has also served as Judge Tempore in Las Vegas Municipal Court, adjudicating matters from traffic to criminal.

Tell us about your situation

Give us a call or fill out this form so we can get started on your case.